This time, we are telling about the (Kingfisher Lake) Oji-Cree Bible Translation project. Oji-Cree is a language spoken in northern Ontario, inland in the Severn and Winisk River basins. In Oji-Cree, the language is called ᐊᓂᐦᔑᓂᓃᒧᐏᐣ Anihshininiimowin.

We have just returned from a two-week visit to the Kingfisher Lake Oji-Cree community. We first visited the community for a few days in September 2014, when they decided to form their own Bible Translation committee. They asked us to return to help them with setting it up and doing initial training with the individuals that they would choose to work on their translation. 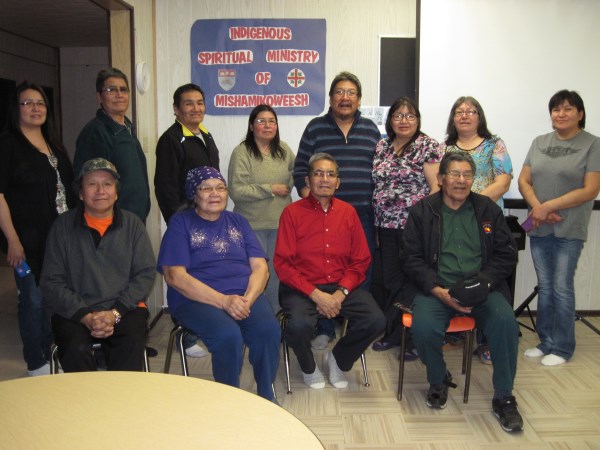 In the months between that visit and this one, their committee identified and recruited several persons willing to serve as their Oji-Cree translation team. Their team is guided and supervised by their Bible Translation committee, which consists of elders, local church leaders, and interested community members. We attended a committee meeting at the beginning of our two weeks there, when they expressed their commitment and desire to begin the work, which is sponsored by the Kingfisher Lake First Nation council, St. Matthew’s Anglican Church vestry, and the Indigenous Spiritual Ministry of Mishamikoweesh. 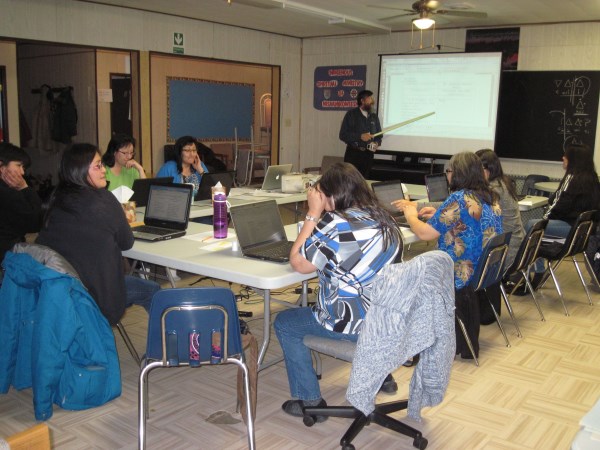 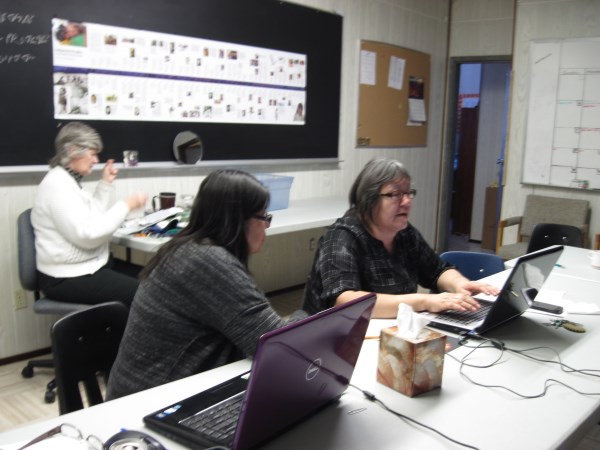 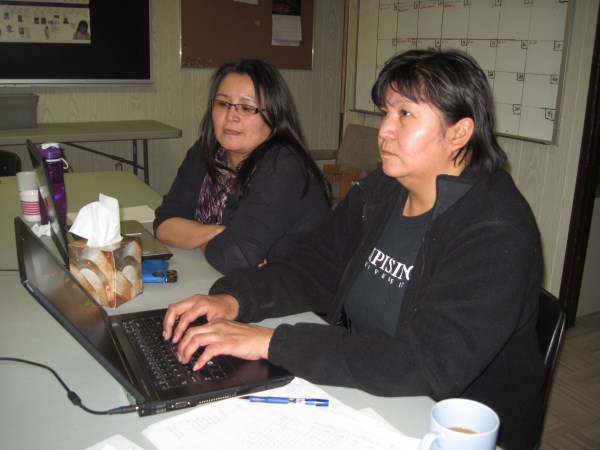 Each day of our time in the community, we conducted training workshops for the mother-tongue translators, which included securing (sometimes borrowing!) laptop computers, setting up the syllabics font and keyboarding program, and providing training and practice in using the Oji-Cree syllabic writing system on the computers. For most of the translator trainees, this was their first experience using their own language on computers. 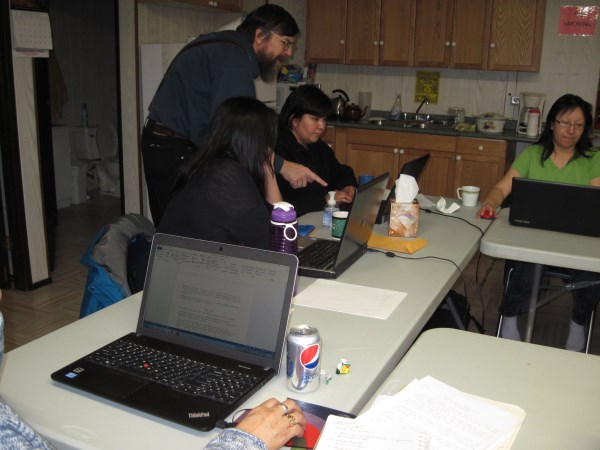 Thanks to the timely generosity of the managing editor of the soon-to-be-released ᑭᑎᓯᑭᓯᐍᐏᓂᓇᐣ Anihshininiimowin Oji-Cree Dictionary, we received digital copies of this incredibly useful book, along with its introductory materials, and part of the training course was devoted to the use of the dictionary and looking up words. The team is so grateful to have this resource! 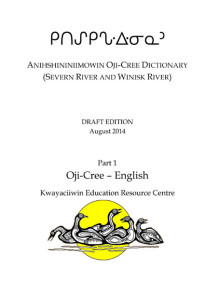 Finally, we began to teach translation for beginners and the new trainees practiced by translating, reviewing and back-translating John chapter 2, “Jesus changes water to wine”.

Mission House, a facility of St. Matthew’s Church in Kingfisher Lake, is not only the headquarters of the Spiritual Ministry of Mishamikoweesh and Bishop Lydia Mamakwa’s office, but is also the repository of the collected writings of the venerable Dr. William Winter. 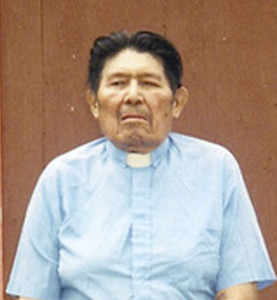 William Winter (1921-2011) was a visionary Oji-Cree church leader who devoted his life to pursuing the dream of a self-determining, self-sustaining Indigenous church within the Anglican Church of Canada, which has been carried by the elders for over six decades. Under his leadership First Nations Christians chose to move carefully and prayerfully along the journey to make that dream a reality. William Winter was also a prolific writer and a student of the Bible. 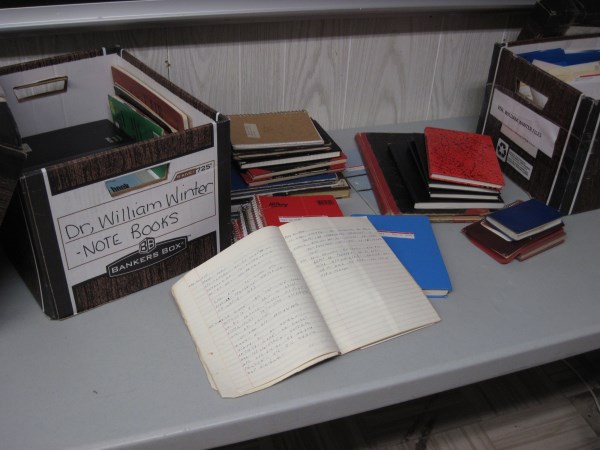 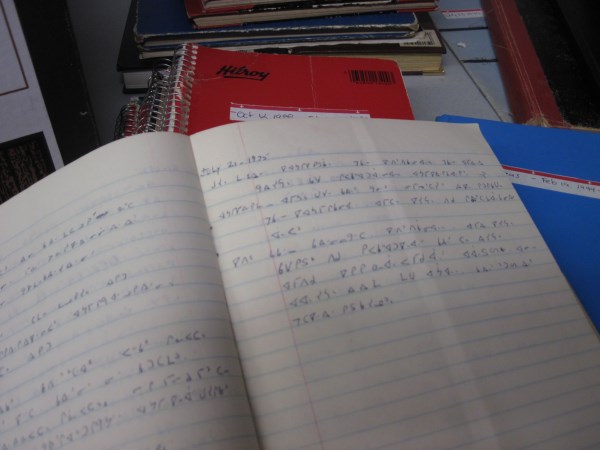 His writings include sermons and Bible study materials, as well as historic documents and journals, written in the Oji-Cree language over the course of several decades. Some of his writings are being used as teaching materials for the translation trainees. 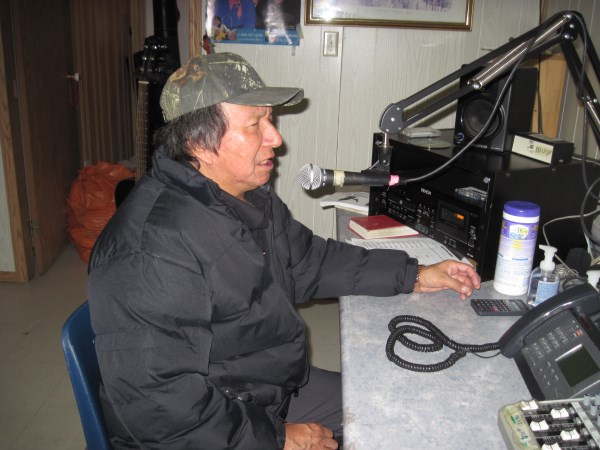 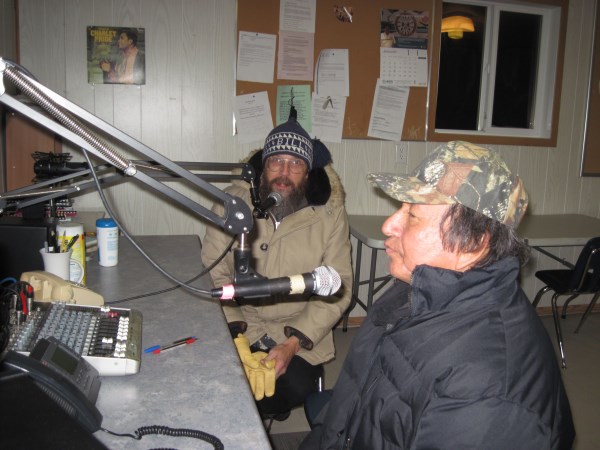 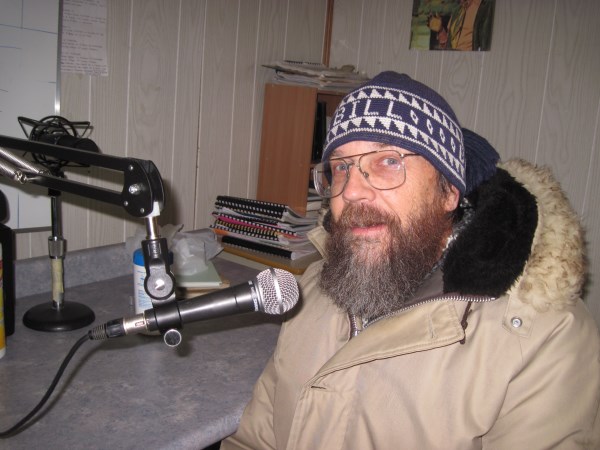 We were invited to describe the project on their local radio broadcast, and we also began to learn some Oji-Cree words and phrases ourselves. We visited the school and met with the Oji-Cree language teachers there, and at the end of our time we enjoyed a feast of moose meat stew and bannock, and expressed our thanks to our hosts in the community. 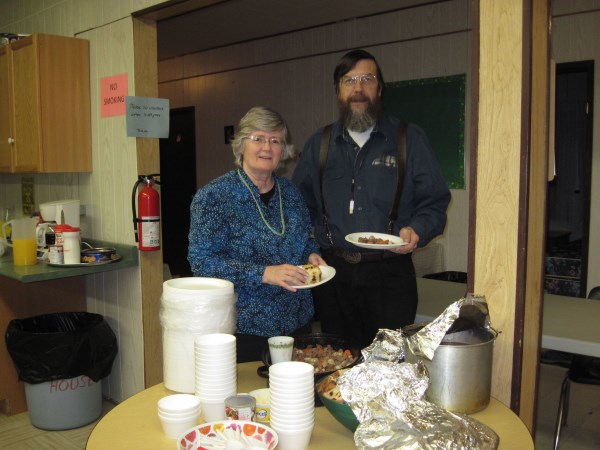 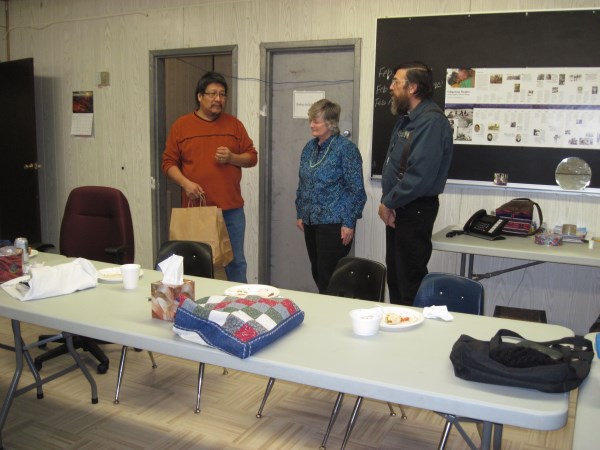 Finally we attended another meeting of the Bible Translation committee, during which time they discussed the scope of the project and what the next steps should be. They would like to work on the Scripture readings used in Sunday services (the Lectionary) first, using these to build up their inventory of God’s Word in their own language for later Scripture publications. They are also interested in translating their prayer book services into their local dialect as well, along with other projects, including the transcription and translation of the writings of the late Dr. William Winter for the Oji-Cree community and beyond. 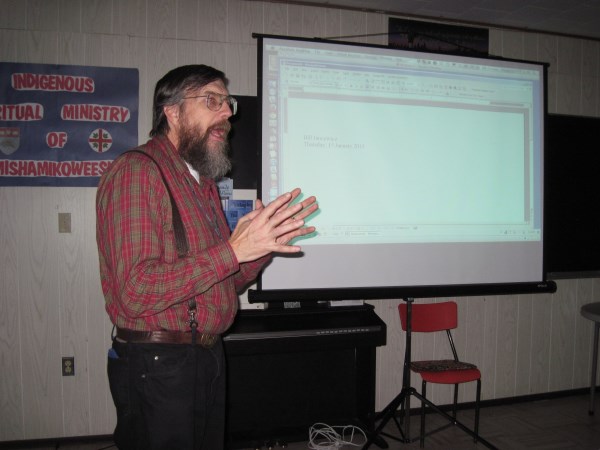 We are optimistic and enthusiastic about their strong desire to take action to bring God’s Word to their own people in their language. The committee is eager to send at least five of their translation trainees to the First Nations Mother Tongue Translator (MTT) workshop that is being planned for the middle of April in Guelph, Ontario. There will be more news about that coming event in a future Translation Brief. 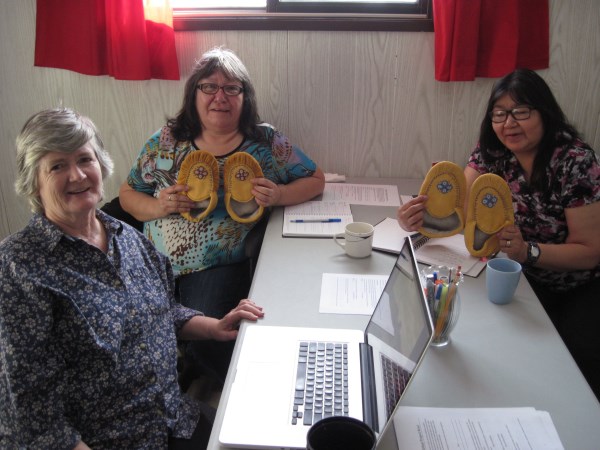 We are so grateful for the privilege of being a part of this work God is beginning to do in Kingfisher Lake. Please remember to pray for their committee and their translation trainees during the coming days and weeks as they move forward. Thank you so much for your prayers for us as we traveled all those miles and days to spend this time with them.

We are happy, but oh so tired! Pray for us for a refreshing week back in British Columbia.

This is the third of a series of messages describing each of the “priorities” identified in the First Nations Bible Translation Capacity-Building Initiative that began with the story of the Mason Cree Bible and the (Cuthand) Plains Cree Translation. If you missed those, you can still read about them here:

The (Cuthand) Plains Cree Translation, the Mason Cree Bible, and the Oji-Cree Translation projects are just three of the “priorities” identified by the First Nations Bible Translation Capacity-Building Initiative. Keep watching for other posts right here that feature some of the other “priorities”, including the following components of our vision: 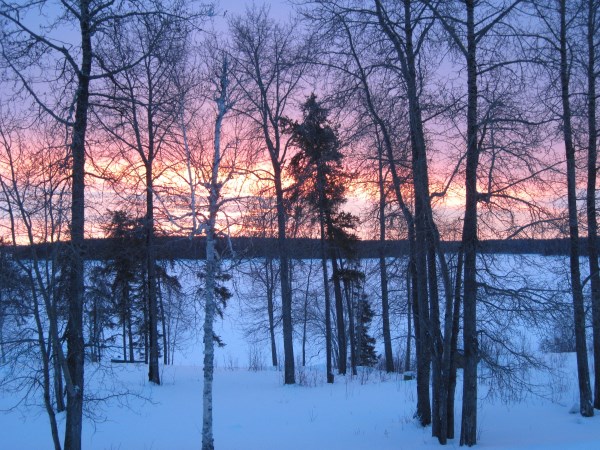